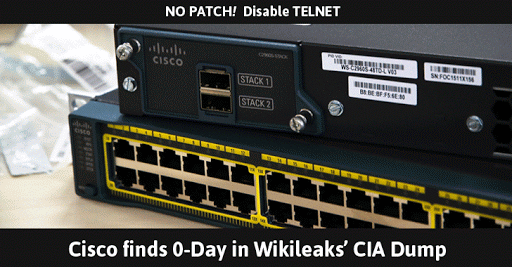 Cisco is warning of a new critical zero-day IOS / IOS XE vulnerability that affects more than 300 of its switch models. The company identified this highest level of vulnerability in its product while analyzing “Vault 7” — a roughly 8,761 documents and files leaked by Wikileaks last week, claiming to detail hacking tools and tactics of the Central Intelligence Agency (CIA).